Podcast: How To Raise Money For Real Estate Investments

What Passive Investors Need To Know About Cap Rates 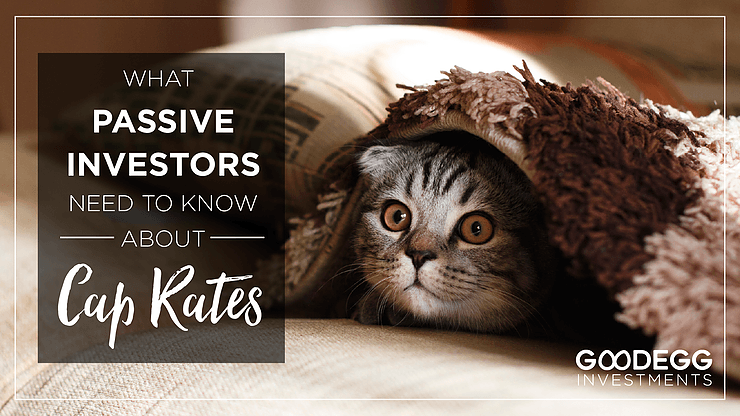 When I first started getting serious about real estate investing, “cap rate” was the first term I stumbled upon that I had to look up.

As a landlord and owner of small rental properties, I knew some of the basics at that point – terms like rental income, mortgage interest, and amortization. But because I’d only been involved in duplexes and fourplexes (i.e., residential real estate, rather than commercial), I hadn’t run across cap rates before.

I’m here to tell you that it’s okay if you don’t know exactly what a cap rate is or what it’s used for.

Cap rates can be hard to understand and also hard to calculate. The good news though, is that as a passive investor, you don’t need to do the hairy work of calculating cap rates. You do, however, need to have a basic understanding of what cap rates are and what they mean for your investment.

In this article, we’ll go over what a cap rate is, how it’s calculated, what it’s used for, and, perhaps most importantly, what you need to know about cap rates as a passive investor in a real estate syndication.

What Are Cap Rates?

Okay, first things first. What the heck is a cap rate?

Cap rate is short for capitalization rate. It’s used in the world of commercial real estate to indicate the rate of return that a property is expected to generate. The cap rate is based on a ratio of the current income to the market value of the property (more on this in a minute).

Investors typically use cap rate to estimate their potential return on investment (ROI) for a particular asset.

You might hear people say that a property has a cap rate of 5%, or that assets in a given area are trading around a 5-cap. Let’s talk a little about what this means, and how people arrive at these numbers.

How Are Cap Rates Calculated?

Believe it or not, there are multiple ways to calculate a cap rate, so always be sure to ask how someone arrived at a particular cap rate.

The most popular way to calculate a cap rate is by taking the net operating income (NOI) and dividing it by the market value.

Okay, okay, before your eyes glaze over, here’s a cute picture of a puppy.

And here’s an example to clear things up.

Let’s say we’re looking at a property that’s valued at $1 million. Over the last year, let’s say that property brought in $100,000 in rental income.

We get a cap rate of 5%, meaning that if we were to buy that property with $1 million in cash right now, we could expect to get $50,000 in net income over the course of a year.

In loose terms, this is your ROI (return on investment).

Another way to think about this 5% cap rate is that it would take 20 years of $50,000 a year to recoup your initial $1 million investment.

In general, a higher cap rate means you’re getting a better deal, because the investment is generating more income for the amount you’re investing into the property. A lower cap rate generally means that you’re paying more and getting lower returns.

The good news is, you don’t really need to know all the specifics in order to see success as a passive investor.

So, take a big sigh of relief and check out this cutie.

Okay, still with me? Good.

Let’s talk about how cap rates are used, particularly by sponsors in a real estate syndication.

How Are Cap Rates Used?

Some investors put a lot of weight into cap rates. They look exclusively for properties that have a cap rate of 8% or higher, for example.

However, keep mind that a cap rate is just a single point of measure, and at one given point in time. Cap rates do not take into account leverage (i.e., any loans you’re taking out to purchase the property) or the time value of money (i.e., it assumes you’re getting all the returns at one point in time).

Cap rates are most useful when comparing different properties in a given market. For example, let’s say that you are looking at an apartment building that is selling for a cap rate of 7% (or if you want to sound all slick, you can say that it’s trading at a 7-cap).

When looking at other comparable in the immediate area, you see three additional properties at cap rates of 6.7%, 7.2%, and 7.5%. This tells you that the building you’re looking at is right in the middle and is thus fairly comparable to the returns and purchase prices of the other assets in the area.

If, on the other hand, you see that other properties in the area have cap rates around 4%, this should be a red flag. Why is the property you’re looking at selling for such a low price in comparison to the amount of income it can generate? Is there something wrong with the property? Or did they do the math wrong?

That’s why you’ll often hear about cap rates compressing (i.e., getting lower) in hot markets like the San Francisco Bay Area. Because there’s so much demand, people are willing to pay higher prices in exchange for lower rates of return, thus driving the overall cap rates in that market down.

What Do You Need To Know About Cap Rates As A Passive Investor?

Okay, here’s the moment you’ve been waiting for. Now that you’ve slogged through the full context of what cap rates are, how they’re calculated, and how they’re used, you want to know what you actually need to carry in your brain about cap rates moving forward.

The short answer is, not much.

As a passive investor, there are many metrics and data points that are far more important when evaluating a potential investment opportunity, like the track record of the sponsor team.

In fact, the only reason I’m writing this article at all is because real estate investors often talk about cap rates in casual conversation as if they’re the most important term to know, not because I think cap rates are a critical metric you need to be aware of.

As a passive investor, there are only two things you need to know about cap rates, in my humble opinion.

#1 – Is the cap rate comparable to other assets in the area?

Any good sponsor team will have already made sure that the cap rate for the asset you’re investing in is right in line with others in the area, but you can always double check just to be sure.

You don’t want to be investing in an asset with a 4% cap rate when all the others in the area are at 7% or higher, and vice versa.

Okay, here’s a new term for you – reversion cap rate. Don’t worry, it sounds fancier than it is.

If you get nothing else from this article, here’s the most important takeaway. When evaluating a potential real estate syndication investment opportunity, be sure that the reversion cap rate is at least 0.5% HIGHER than the current cap rate.

If the current cap rate is 5.0%, you want to see that the reversion cap rate is at least 5.5%. That tells you that the underwriting is conservative and that the projected returns account for the possibility of the market softening a bit over the next few years.

All in all, you don’t need to remember too much from this article. In fact, I won’t be offended if you forget most of what you’ve read over the last few minutes.

Because at the end of the day, cap rate is only a single measure, at a single point of time, based on the current performance of a given property. Cap rates fluctuate all the time. Cap rates do not measure the future potential of an asset, nor do they tell you how much you’ll receive through your distribution checks.

As a passive investor, you should have a basic understanding of what cap rates are and be on the lookout for the cap rate vs. reversion cap rate when scrutinizing investment summary decks.

Beyond that, you can feel free to let the rest of the examples and figures in this article float into the ether, together with what you learned in high school geometry class and what you had for lunch last Tuesday. 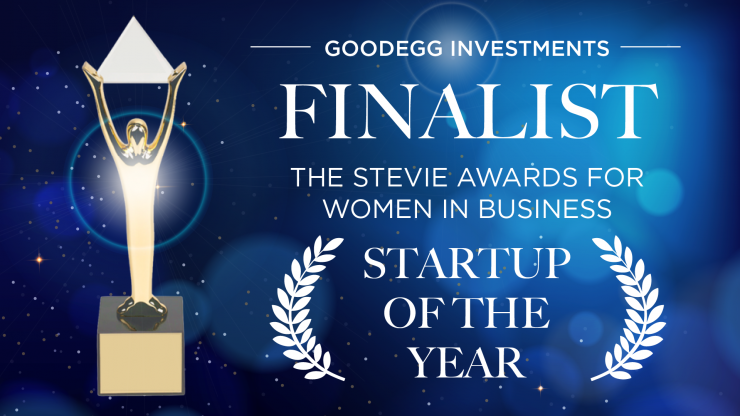 Goodegg Investments Is A Finalist For Startup Of The Year 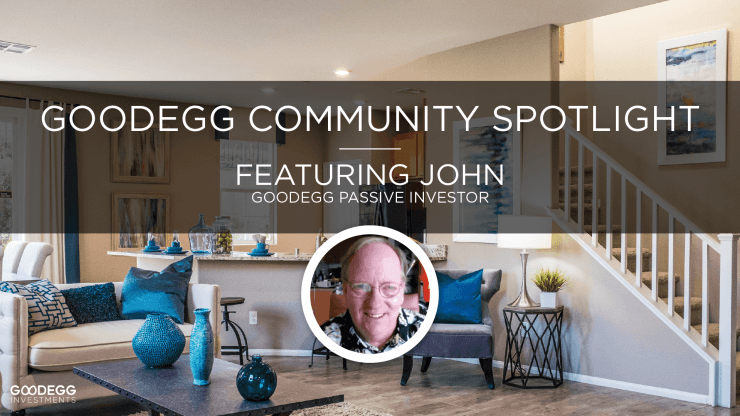